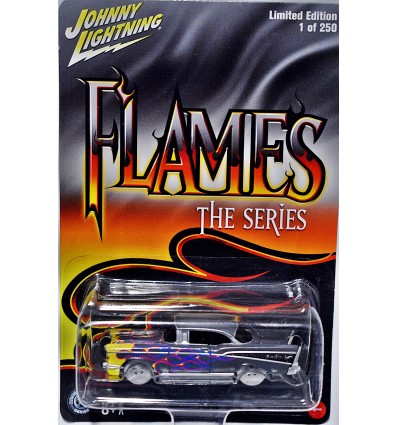 To find one of the 250 Flames series 1957 Chevy Bel Air Hardtop that were produced is rare, to find the extremely rare White Lightning version, of which only a handful exist is very rare. This car was released more than a decade ago by a promo company named Milezone's. There were only 250 Bel Airs produced for the Flame Series, and this one is one a handful of the White Lightnings that have the white wheels and chassis.

If you collect Chevrolet, Tri-Chevys, Promo's, White Lightnings or Johnny Lightning this is a car than only a few people in the world have in their collection. It is First Come, First Served for our customers! Someone is going to own this rare piece. (1:64 Scale)