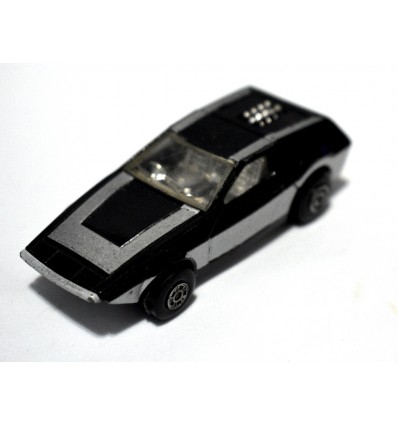 We have recently acquired a large, exceptional collection of early Superfast, and Regular Wheels Matchbox Vehicles.  We acquired them at a great price, and are able to pass the savings along to our customers by listing these vehicles significantly under their book value. We continue to list these cars, as fast as we can.

Released 29 years ago in 1983, this is the beautiful Midnight Magic.

This is a true cross-collectible so if you collect Customs or Matchbox this will be a very nice addition to your collection. (1:64 Scale)