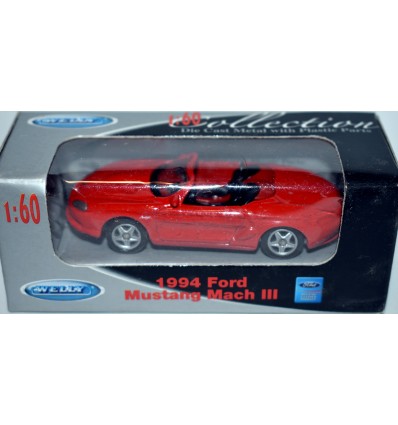 This is the beautiful 1994 Ford Mustang Mach III Concept Car from Welly.

Collectors Note: There has always been a little controversy around this car. It was shown at the 1994 auto shows around the world. 2 years later in 1996, Porsche released the boxster.......see a resemblance? Well many Ford fans do, and think Porsche ripped off this design. Could it be true, we don't think so as it takes many more than 2 years for a new model to be designed, engineered and produced........but that does not stop the conspiracy theorists!

This is a nicely detailed car that was released 20+ years ago. If you collect Ford, Mustang, Concepts or Welly this is a very nice addition for your collection (1:60 Scale)

18 other products in the same category: